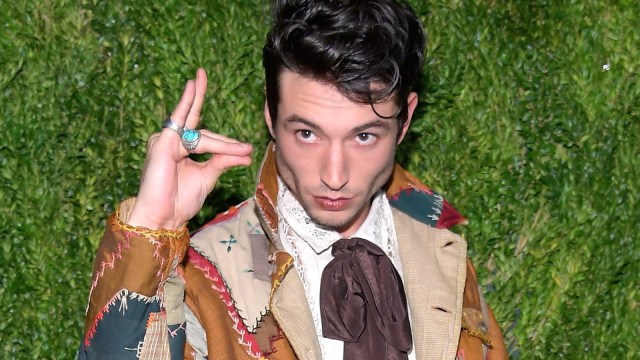 After seizing far too many headlines for their offscreen behavior over the last few months, Ezra Miller has finally started seeking treatment for what they called “complex issues”, ones so severe they threatened to not just derail $200 million comic book blockbuster The Flash, but the 29 year-old’s entire career.

Having already apologized for their past behavior, and the Scarlet Speedster’s long-gestating solo debut heading to theaters next year, the road to rehabilitation begins now for an actor who was once highlighted as one of Hollywood’s most exciting and adaptable young talents.

Even though Miller’s legal issues are hopefully in the rear-view mirror, a deep dive into their troubles by Vanity Fair has uncovered even more troubling revelations, painting the picture of someone who wasn’t just a danger to themselves and those around them, but also a person capable of being led astray and manipulated.

One particular case in point singles out Jasper Young bear, a 55 year-old “medicine man” who the publication reports had been hired by Miller as a spiritual adviser, with one source who was reportedly close to the Fantastic Beasts veteran revealing some insights into their connection.

“Jasper was telling Ezra that he wasn’t a part of the movement, he was the movement—that he was the next Messiah and that the Freemasons were sending demons out to kill him. He’d talk about the metaverse and the medicine and how they’re the Messiah and what his work is here. They say their spiritual practice is to be among the people—which means party. So, when in Iceland, he was out nonstop. His favorite were raves, where he’d go on benders for two or three days at a time.”

While the information being credited to “a source” means there’s always going to be an asterisk in conjunction with its circulation, the article as a whole indicates that now may have been the perfect time for Miller to remove themselves from the orbit of the wrong people, with the focus now on moving in a positive direction for the first time in a long time. It won’t be an easy road, but all of Miller’s fans are crossing their fingers that they’ll find their way.