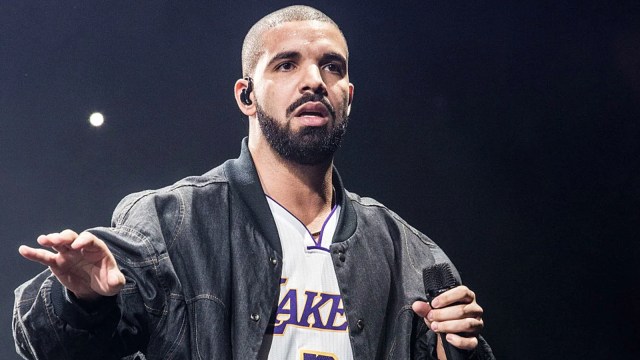 It’s high time to seriously start talking about Drake. Only this time, the conversation won’t be revolving around either his recent album or titillating dating life but rather the recent accusations that have been fired at him.

Yes, it has come under notice that the 36 years old singer and rapper has a history of interacting with teenage female stars in a manner that borders on inappropriate. In fact, he has been placed at the receiving end of serious allegations for grooming underage women in the past which include well-known names in the Industry like Millie Bobby Brown, Kylie Jenner, and Billie Eilish, to name a few. He has been reportedly referred to as a ‘groomer’ although there is no concrete evidence of sexual exploitation and harassment against any teenager by the rapper.

However, there have been more than one occasion where Drake was spotted behaving in a similar manner with underage girls. Let’s shine a light on certain specific events that fueled the accusations and suspicions against the Worst Behavior singer.

Why is Drake accused of grooming?

A peek into the past episodes would round up quite a lot of infamous occasions which gives a nod to the allegations against the singer. A retrospective reflection on the matter is likely to bring a series of incidents under notice which clearly prove that Drake’s inappropriate behavior with teenage females has been going on for quite a while.

On May 17, 2010, while performing in Ogden Theatre in Denver for his debut album Thank Me Later, Drake pulled a 17-year-old girl onto the stage and started hugging her from behind and smelling her hair. As a justification for his actions, he said that he got “carried away” and negated the impropriety of his act by saying, “I can’t go to jail yet, man! Why do you look like that?” due to seventeen being the age of consent in the state.

Rumors of Drake and Kylie Jenner also circulated and the latter’s former brother-in-law Kanye West accused her of cheating on Travis Scott with Drake. Even though the rumors about their possible romance haven’t been confirmed yet, the matter becomes a little uncomfortable when one is reminded of a 27 years old Drake paying a visit to Kylie’s sixteenth birthday party in 2013.

There have also been reports of a 31-year-old Drake dating an 18-year-old Bella Harris. Despite the latter being of legal age, their connections go back to when Harris was 16 year old and met the rapper during the promotion of his album named What A Time To Be Alive.

It was also speculated that the duo used to spend time together privately and were spotted at a private dinner which Harris denied later. However, the reports and speculations were regarded false by the duo especially Harris who stated that she had been spending time in New York working and as a result, did not and could not have engaged in a private meeting with Drake. As per ET, a source closer to the rapper confirmed that the pair never had a romantic relationship ever.

Among the list is also the pop superstar Billie Eilish who reportedly exchanged messages possessing a sexual undertone with the Teenage Fever rapper. Details of their messages have not been disclosed except a screenshot of their text from Drake’s Instagram account that said, “I’ve been better” accompanied by a steamy emoji. However, Eilish defended her interaction with Drake claiming that they have been good friends calling him the “nicest dude I’ve ever spoken to.” Speaking about their friendship to Vanity Fair, she said: “The internet is such a stupid-a– mess right now. Everybody’s so sensitive. A grown man can’t be a fan of an artist? There are so many people that the internet should be more worried about.” Emphasizing the supposed hypocrisy of the people, she added, “Like, you’re really going to say that Drake is creepy because he’s a fan of mine, and then you’re going to go vote for Trump? What the f— is that s***t.”

Drake began to make headlines and received backlash after his relationship with Millie Bobby Brown began to attract public attention. In September 2018, Brown mentioned her regular interaction with Drake. Speaking to Access Hollywood about their interaction, she said, “I love him. We just texted each other the other day and he was like ‘I miss you so much,’ and I was like ‘I miss you more.”

Considering the Enola Holmes star was 14 at the time, an ‘I miss you’ text from a 31-year-old rapper with a reputation for flirting with teenagers undoubtedly comes across as absurd and a little creepy. The communication between the duo attracted a lot of media and popular attention. Social media was filled with criticism against Drake and his behavior was repeatedly termed as ‘creepy’ and borderline ‘grooming’ of a child.

Responding to the press on the subject Brown pulled off a Billie Eilish and went on to defend the Hotline Bling singer. She wrote in her Instagram story, “[You] guys are weird… for real. I’m lucky to have people in the business extend their time to help me further my career and offer their wisdom and guidance. I’m very blessed to have amazing people in my life.”

The accusations against Drake have brought about a serious issue to popular notice, and even though cases of any criminal offense haven’t been proved against the rapper, there’s no harm in subjecting unusual events and behaviors to an adequate amount of scrutiny.