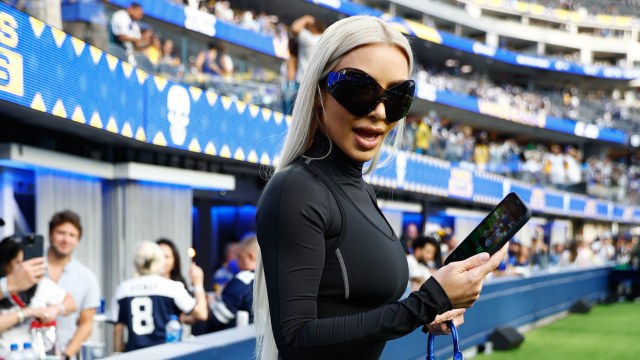 There’s an old adage that “there’s no such thing as bad publicity,” and Kanye West sure has spent the past week testing it to the limit. The rapper has recently down on an anti-Semitic tirade on Instagram that got his account locked, and an October 16th appearance on a since-deleted episode of podcast Drink Champs in which Kanye said, “”I can say anti-Semitic things, and Adidas can’t drop me. Now what? Now what?”

And while the sportswear giant has faced public pressure to cut ties with Kanye, the rapper has already been dropped by Balenciaga, J.P. Morgan, his attorney, CAA, a documentary, and perhaps in the biggest slap in the face, former President Donald Trump, who has otherwise proven willing to court white supremacist support in his political career.

However, Ye is now facing a battle on the biggest public front yet: Kim Kardashian’s social media. The ex-Mrs. Donde and mother to their four children has been facing pressure from fans to speak out against the comments that have spurred on public demonstrations from anti-Jewish hate groups in Los Angeles.

And on Twitter, Kim – whose lifestyle empire is estimated to be worth over $1.8 billion – finally spoke out against her ex-husband’s comments:

The Twitter reaction was swift and, predictably, contentious. One fan was offended that Kim had been asked to react at all:

This fan defended Kim against a troll:

And this fan challenged Kim to take her anti-bigotry stance to the next level:

Kanye West continues to prove that every bottom contains a trapdoor, and that he wasn’t kidding when he rapped that “Everybody knows I’m a mother****ing monster.”