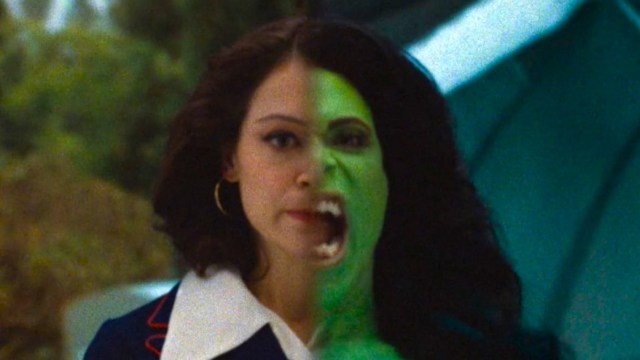 And here we are, True Believers, having reached both the end of another week and the start of our latest Marvel news roundup. Today, we find ourselves still unpacking some sensational nuggets of wisdom and intrigue about She-Hulk, not to mention the exciting possibility that one perfect candidate for Marvel’s relaunched team of X-Men might’ve been found. Elsewhere, Benedict Wong keeps on doing his thing and fans conspire to convert everyone into the MCU cult.

The curious tale of the missing 10th episode of She-Hulk

She-Hulk: Attorney at Law just wrapped up its nine-part season earlier this month, but here’s the odd thing about that: when it was first announced, the series was pegged as having 10 episodes. So what happened here? Was a secret additional ep produced that’s going to be broadcast at a later date, like Netflix did with DC’s The Sandman? Well, sadly no, but director Kat Coiro has at least come clean about why the episode count was ultimately reduced back down to single digits. Maybe next time.

Off the back of John Krasinski actually playing Mr. Fantastic, after years of fan demand, the next dream the fandom wants to make a reality is Keke Palmer getting cast as Rogue in Marvel’s inevitable X-Men reboot. While that still remains unofficial at this point, following an explosion of interest in this casting over the summer, the NOPE star has now revealed that she would jump at the opportunity if Kevin Feige ever offered her the part of the power-sucking Southern Belle.

Benedict Wong continues to win Phase Four, this time for being a total gentleman

We all know Wong is the king of Phase Four on-screen, but it turns out Benedict Wong also owns it off-screen as well. Malia Arrayah, the 6″5 actress who served as Tatiana Maslany’s Shulkie double on She-Hulk, has stressed that the Doctor Strange 2 star was an absolutely peach to work with, just as we would all hope. Clearly, that’s the real secret of why Wong has turned up so much in the franchise across the past couple of years: because everyone just loves hanging out with the guy.

Looking to get your friends hooked on that Marvel feeling? Here’s how…

Though anyone reading this article would likely balk at the idea of a life spent without keeping up to date with all things Marvel, there are some sad individuals out there who have yet to enjoy the fruits of the MCU. Well, it is every fan’s job to help these unfortunate folks out, so Marvel lovers have been discussing which movies they would use to hook their newbie friends into the franchise. The options they came up with are the perfect road-map to turning any outsider into a fully-fledged follower.

Smash your way back here on Saturday, She-Hulk supporters, for your next journey on the Marvel Express.