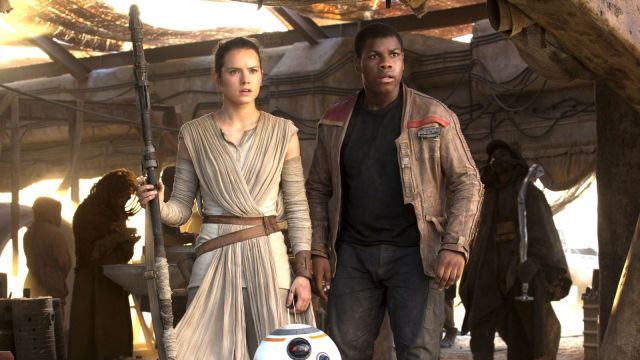 Star Wars fans were stunned by the news that a brand-new movie set in the galaxy far, far away is on its way. Sure, other projects are in the works from the likes of Taika Waititi and Kevin Feige, but this one would supposedly be a true follow-up to the sequel trilogy, most likely featuring certain characters from those J.J. Abrams/Rian Johnson-directed movies.

With a fresh creative team behind the camera—namely director Sharmeen Obaid-Chinoy (Ms. Marvel) and writers Damon Lindelof (Watchmen) and Justin Britt-Gibson (The Strain)—this film will no doubt have its own unique focus. At the same time, Lucasfilm has a chance to partially redeem the sequels by bringing back several of its most popular cast members, not to mention potentially pulling a few characters from elsewhere in the franchise.

Without knowing anything specific about the story Lindelof and his crew are cooking up, here’s our picks for who could conceivably show up in this exciting new project.

Obviously, the biggest question we have about continuing the story of the sequels is whether Rey’s going to be involved. What exactly does Daisy Ridley’s heroine do next after declaring herself to be a Skywalker? Does she set up her own Jedi Academy? She does settle down on Tatooine? Checking back in at this point in the timeline and ignoring Rey would be doing the character a huge disservice.

Likewise, leaving behind the two leaders of the former Resistance movement would be a gross oversight for any Star Wars production following up on Rise of Skywalker. Both Oscar Isaac and John Boyega (especially Boyega) have thrown some serious shade on Lucasfilm’s handling of their characters, so it would mean a lot if the studio could tempt them back with some juicier material this time around.

Screw the trolls, Kelly Marie Tran’s Rose Tico is one of the best characters created for the sequels, and it still hurts that she was given the short straw in Rise of Skywalker. Despite this slight, Tran has remained loyal to the franchise ever since, reprising her role for Disney Plus’ LEGO Star Wars specials. With any luck, we’ll be getting more of The Last Jedi breakout in this new movie.

The flaws of Rise of Skywalker can be encapsulated by its handling of Naomi Ackie’s Janna, whose key origins story—the fact that she’s Lando Calrissian’s daughter—wasn’t actually discussed in the movie itself but only confirmed in a tie-in reference book. Presumably she’d be back in the Lando TV show, but seeing as that doesn’t seem to be going anywhere, maybe she could return for this film, too.

Giving Billie Lourd a role in the sequels was a welcome touch by J.J. Abrams, but it has to be said that Lieutenant Connix was vastly underused in those movies. Bringing her back is a must, not least because she’s a talented actress who’s got a lot more to give the saga. Also it would allow for her mother Carrie Fisher’s legacy to continue to be felt in the Star Wars universe.

Here’s a bit of left-field choice. Yes, Mara Jade—the former Imperial assassin and wife to Luke Skywalker—isn’t actually canon anymore, but she deserves to return to the Star Wars saga somewhere, so why not in this movie? It could be interesting to introduce an older Mara, who perhaps had a dalliance with Luke in her younger days, serving as a mentor to the new characters.

What? Babu Frik was the best part about Rise of Skywalker, so getting that little guy back in the franchise is a must. Sure, The Mandalorian season three will introduce another member of his species, but there’s a lot more than meets the eye to Babu himself that deserves to be explored. Actress Shirley Henderson devised a whole tragic backstory for him when performing the character that just has to be made canon.

The Mandalorian might still be unfolding on our screens, but this movie has the opportunity to revisit everyone’s favorite space dad and his adorable Force-sensitive son several decades after the events of the hit series. It would allow us to find out what ultimately happened to the pair, no doubt opening doors to many more storytelling avenues for the saga to go down.