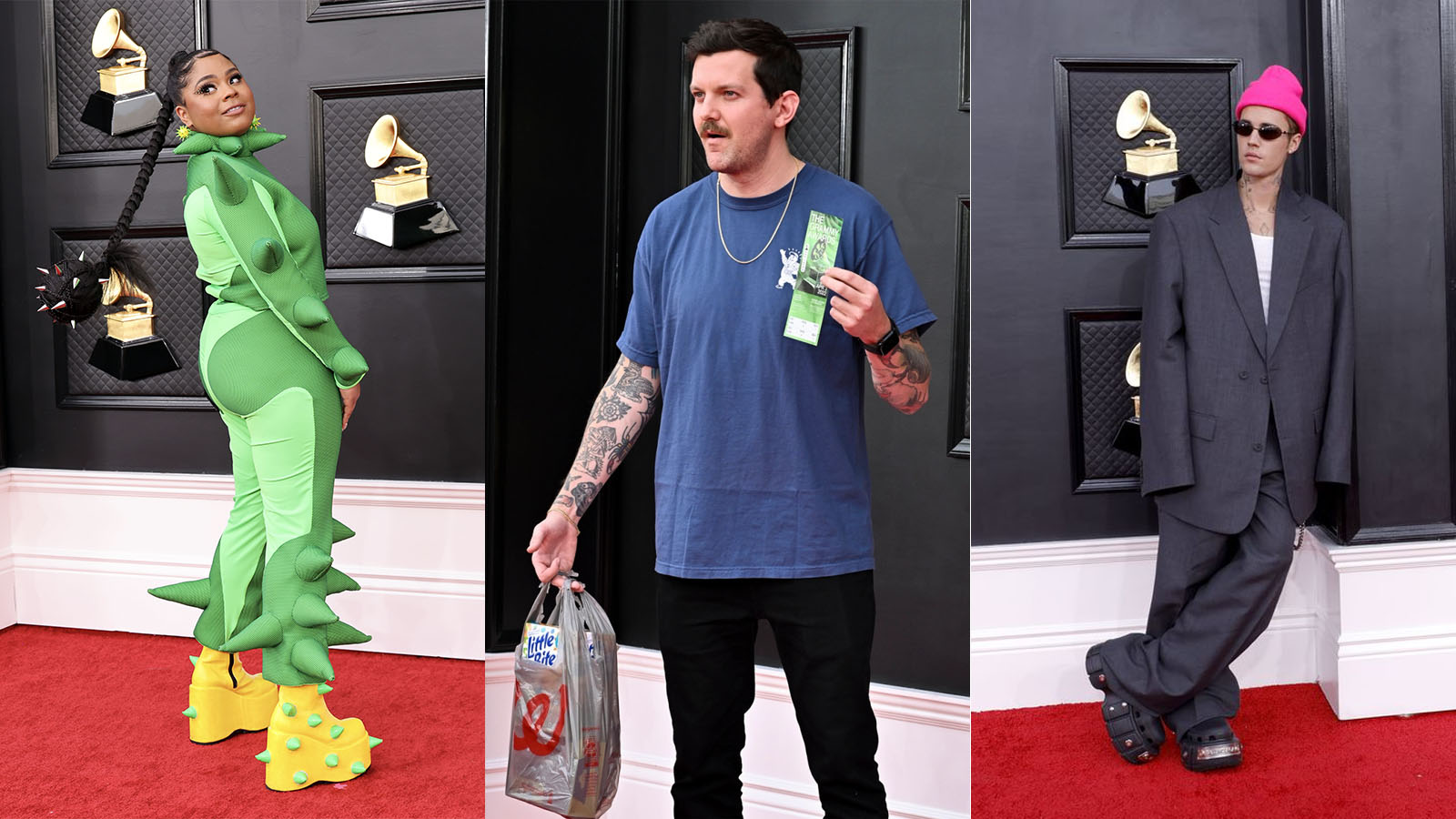 The final hurdle of the 2022 awards season is over, as the 2022 Grammys concluded in Las Vegas. Astonishing dresses, suits and breath-taking designs on the red carpet may take the highlight for fashionistas, but not for the internet. The dank dark recesses of the internet love nothing more than an abysmal look, and here are some of the biggest oddities from the crimson catwalk in Vegas. In the city of sin, the only ones committed were sins against fashion.

The first standout of the red carpet was Tayla Parx who completely dodged the conventional ceremony standards by rocking up in a onesie that was inspired by Bowser. Yes, Nintendo’s Bowser. The green turtle-lizard man. Somehow though, it’s bordering on brilliance by sheer obscurity. Don’t ask how it works.

Next up was fellow Justice collaborator Justin Bieber, who went to the Timothee Chalamet school of red carpet vibes. Bieber’s oversized suit falls somewhere between depression nap and cartoon homeless man. What makes his look even more entertaining though, is his partner Hailey Bieber dressed like a normal person attending an awards ceremony. Well done, Bieber clan.

Next up on the velvet conveyor belt of stars was Billie Eilish who really took her Oscars win last week to heart, showing up in a Neo from The Matrix look. When you’re halfway to an EGOT (Emmy, Grammy, Oscar, Tony awards), you probably have earned the right to dress like Keanu Reeves. Even if Eilish wasn’t even born when The Matrix came out in cinemas.

Lil Nas X, the undisputed king of absurdist queer fashion, shot for the moon with his butterfly astronaut suit catching eyes. Nas X didn’t win any awards, but in true committal to his brand approached it with a laugh.

Halsey meanwhile must be a big fan of April Ludgate from Parks and Recreation, as she channels April’s alter ego Janice Snakehole. Halsey is recently out of surgery, leaving the ceremony early to “get pasta and sleep” after BTS’s performance.

Last, but certainly not least is Dillon Francis. In the ultimate act of social clout and chaotic energy, he walked the red carpet with a Walgreens bag and jeans. There’s no better antithesis to the previous looks than a bloke in his casual Friday gear. The sheer strength on display by Francis.

What we learnt as a whole from the 2022 Grammys is not any major message about the diversity of music, the craftsmanship in the industry, or who will lead the next generation of music. What we learnt is no matter how talented you are, if you wear something ridiculous, that’s all that matters.