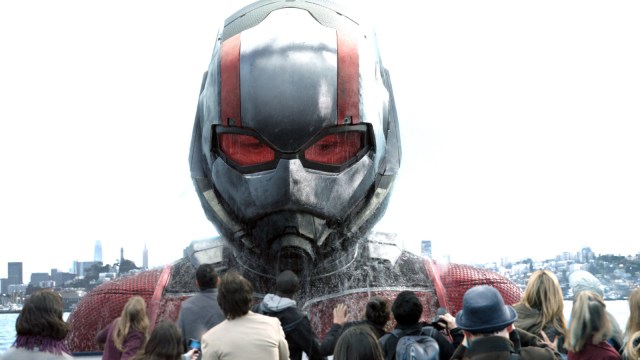 She-Hulk: Attorney at Law may now be in our rearview mirror, having aired its finale exactly a week ago today, but we’re still finding out fascinating new facts about the wildest Marvel series yet. Like, for instance, the astonishing — or, more accurately, astonishingly silly — Ant-Man crossover that almost happened. Not to mention the one thing about the show that had the studio worried the most. Here’s the biggest news from the MCU that dropped this Thursday:

Hark back to your WandaVision era, people, because the Coven of Chaos is coming…

Certain sections of the fandom might think the spinoff unnecessary, but for the rest of us, WandaVision breakout Kathryn Hahn just dropped some encouraging news about her upcoming solo series Agatha: Coven of Chaos. The Glass Onion star teased that the Agatha Harkness show starts shooting next month and is going to be “delicious,” so take from that what you will. Given that this one was announced in early 2021, we’re glad Marvel is finally working their magic on it.

The Ant-Man crossover that was “way too silly,” even for She-Hulk

The rule with She-Hulk seems to have been “anything goes,” as the recently concluded series pretty much threw everything at the wall when it came to gags that poked fun at the wider MCU. However, apparently there was one pitched idea that was ultimately deemed “too silly” to work. According to EP Jessica Gao, there was supposed to be something of an Ant-Man crossover, involving a giant ant coming to Shulkie’s lawfirm after it witnesses a crime. Apparently, the concept was shot down when the writers remembered that ants aren’t that smart.

If there was one thing everyone loved about She-Hulk it was the fact that Tatiana Maslany’s Jen Walters and Charlie Cox’s Matt Murdock hooked up, resulting in Daredevil’s instantly iconic walk of shame and various libidinous one-liners. It’s probably not that surprising, then, that director Kat Coiro has admitted Marvel Studios showed some concern about what she calls the “gleeful horniness” of the show, meaning the creative team had to walk a fine line between feeding the heroine’s lust and appeasing execs.

After Eternals both disappointed at the box office and earned the dishonor of being the only rotten Marvel movie on Rotten Tomatoes, talk of a franchise for the immortal hero team diminished. And yet one member of the cast remains optimistic about the chances of working with Angelina Jolie and the rest again for Eternals 2. Druig actor Barry Keoghan explained that he and Kingo star Kumail Nanjiani talk about their hopes for a new film constantly and would love to work with director Chloe Zhao again. Marvel, the ball is in your court.

Find yourself back here on Friday, Eternals enthusiasts, for your next daily Marvel news roundup.