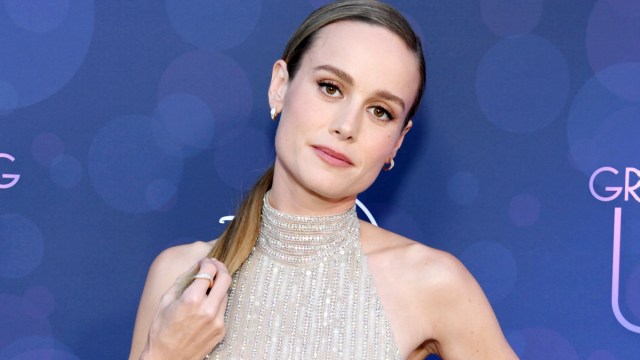 Well Brie Larson may not be sure if fans ever want to see her return to the MCU as Captain Marvel, but regardless, the 32-year-old continues to seemingly embody the superhero lifestyle offscreen.

In addition to staying in tip-top shape and rocking truly superhero abs, on Friday the Scott Pilgrim vs. the World actress turned Marvel star shared a couple of photos of what appeared to herself piloting (or more likely, copiloting) an aircraft, appropriately wearing aviator shades and a headset with a boom mic.

“This is your captain speaking,” Larson tweeted, along with a helicopter emoji.

Despite the apparent Tom Cruisedness of it all, Larson was also dressed smartly in a black crewneck sweater and a couple of necklaces — one beaded and another chunky gold chain link. Although it may not be her preferred travel uniform, we can certainly understand why she wouldn’t want to wear pajamas on a helicopter.

However, it’s unclear if the helicopter ride was personal or professional in nature. Larson’s next MCU project, The Marvels, is currently in post-production. However, filming is still ongoing for Fast X, the upcoming 10th film in the Fast and Furious saga, in which Larson makes her franchise debut.

In either case, both film will arrive in spring and summer of 2023, so it looks like we’ll be seeing a lot more of Brie Larson next year. Fast X is scheduled to be released on May 19, 2023, with The Marvels not far behind on July 28, 2023, as part of Phase Five of the MCU.