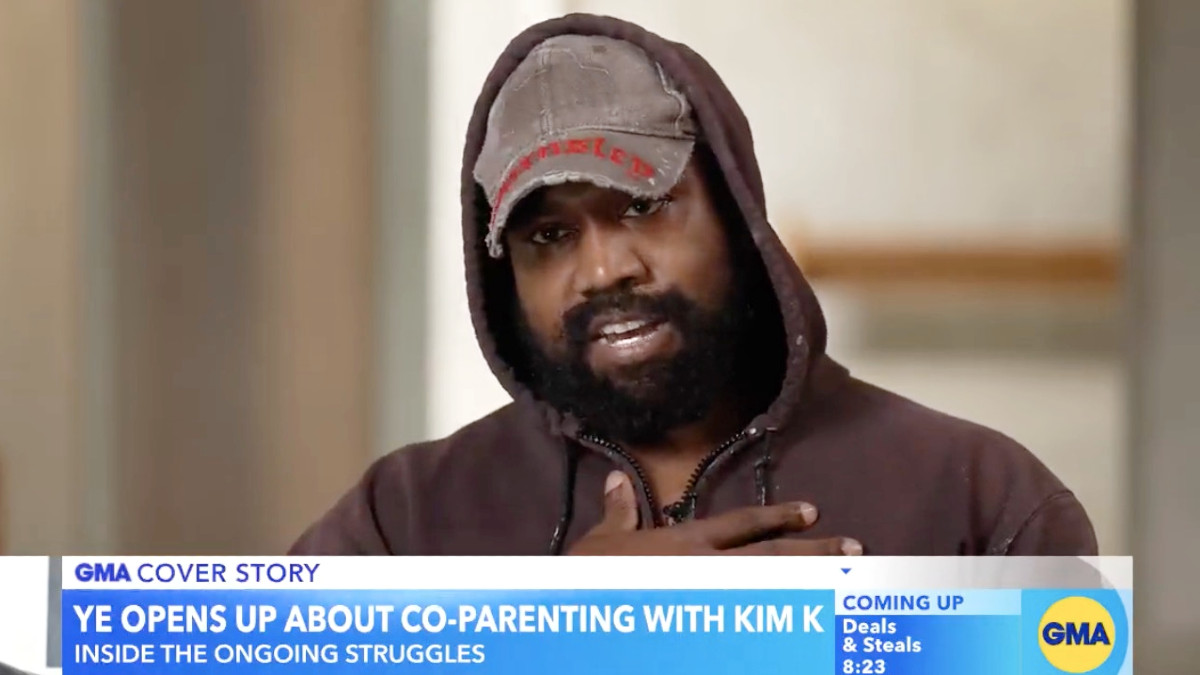 Kanye West, who had his name legally changed to Ye earlier this year, sat down with ABC News anchor Linsey Davis for a primetime special, A Conversation with Ye, airing on Thursday night. It’s unclear why Ye is being given such a mainstream platform after his continued harassment of his ex-wife Kim Kardashian and thinly-veiled death threats against her now ex-boyfriend, Pete Davidson, got him banned from the 2022 Grammys and his Instagram account temporarily suspended in March.

And unfortunately, in a clip released on Good Morning America on Thursday morning, it doesn’t appear as though Davis challenges the 45-year-old rapper in any meaningful way.

“And that’s how he uses social media, as a vehicle to amplify his voice,” Davis says, teeing up a segment of the interview. “Something he’s also had to do in order to successfully co-parent with his ex-wife Kim Kardashian.”

Ma’am! The phrases “successfully co-parent” and “social media” do not belong in the same universe, much less sentence — but that should give everyone a pretty good indication of how this interview is going to play out.

“This is the mother of my children, and I apologize for any stress that I have caused, even in my frustration because God calls me to be stronger,” Ye said, before immediately pivoting to deny accountability.

“But also, ain’t nobody else finna be causing no stress either,” he explained, in what seems like a reference to Kardashian’s now-defunct relationship with Davidson. “I need this person to be less stressed and of the best, sound mind and as calm as possible to be able to raise those children.”

Ye continued, comparing his children with Kardashian to his YEEZY partnerships with GAP and Adidas, which have since gone belly-up, when given another softball from Davis about whether he feels he now “has a voice” in co-parenting.

“Even within your marriage?” Davis responded. “Yeah, I want my kids to go to Donda [Academy], and I have to fight for a say so,” Ye answered.

In a since-deleted Instagram post earlier this month, Ye shared screenshots of text messages between himself and Kardashian, in which he demanded that their children split their time between the private school they already attend and Donda Academy. The newly-opened Christian private school is named after his late mother Donda West, who served as chair of the Department of English, Communications, Media Arts and Theatre at Chicago State University.

It’s unclear if Kardashian has compromised with Ye, however, it’s understandable why the children’s mother wouldn’t want them bouncing back and forth between schools.

For more insights such as those above, A Conversation with Ye airs on ABC on Thursday night at 8:30pm, and can also be streamed on Hulu.