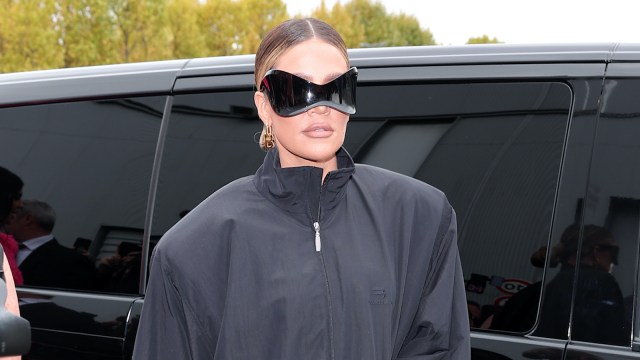 There is an abundance of shoe brands to choose from in this modern materialistic world. Among the too-many-to-count, Khloe Kardashian decided to put on a pair of Yeezys today, either unaware or uncaring that just days prior she spoke out against the antisemitic comments her sister’s ex-husband, Kanye West aka Ye, owner of aforementioned Yeezys, made online.

Khloe and her daughter, True, performed an acrobatic whiplash as they stepped out on the affluent streets of Calabasas wearing a pair of 350 Yeezys and Nike kicks, respectively, according to TMZ.  One could say Khloe had at minimum the foresight to put True in a pair of Nikes and not Adidas, but you can only build a bridge with so many twigs.

Shortly after West burned his career to the ground with antisemitic comments, Khloe and her sisters, including Kim, issued statements standing in solidarity with the Jewish community, effectively condemning West’s behavior. Apparently not enough to wear one of the endless other pairs of shoes not associated with the former billionaire.

But who knows, maybe the mother-daughter due were rushing to get out of the house. We all know how hectic parenting can be. Maybe Khloe’s hand reached for any of the likely 35 dozen other pairs of shoes on the rack and grabbed these ones accidentally. Plus, even if it was intentional, it’s not like wearing a particular brand means you support the company, right? She’s a Good American, people.

Perhaps West’s ex-sister-in-law is just trying to help him out. After all, he was escorted out of Skechers headquarters for pitching Yeezys the other day. Nevertheless, he’s found a way to find humor in it all. You know what they said, Yeezy come, Yeezy go.