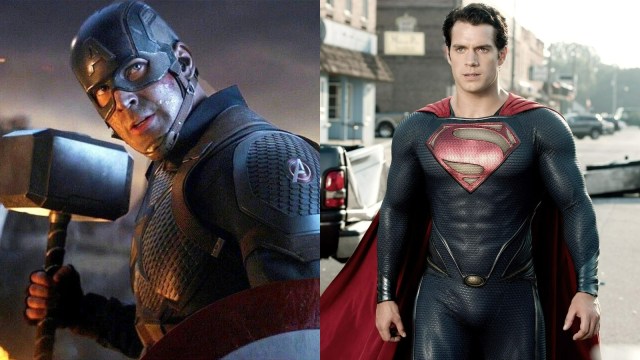 Thanks to Marvel veteran James Gunn landing the keys to the kingdom, DC looks to be finally getting back on track in the movie department. Unfortunately, a new rumor suggests Marvel might still beat them to the punch in a rather embarrassing way. Elsewhere, conspiracy theorists believe they’ve deciphered a Agents of S.H.I.E.L.D star’s secret code while the fandom weighs in on the biggest, bestest bad of Phase Four. Here’s what’s been happening today in MCU news…

David Harbour recently promised that Thunderbolts would introduce a lot of “new elements” into the MCU, which seemed curious for a film built around an ensemble of returning characters. But this fresh rumor may finally add some context to his claim. It seems Marvel’s answer to the Justice League, the Squadron Supreme, is about to enter the fray in the aforementioned movie. It would be ironic if Marvel’s pastiche of DC’s super-team appear before James Gunn gets going on the next Justice League flick.

Did a beloved Marvel TV star just tease their return or are fans grasping at straws?

Beyond Daredevil and the Defenders, the next Marvel TV character fans are most desperate to see come back is Quake, Chloe Bennet’s breakout from Agents of S.H.I.E.L.D. Well, Daisy Johnson devotees are convinced the actress just hinted at her imminent return to the MCU in her latest Instagram post, thanks to her flowery fashion choices. OK, so folks might be stretching it with this one but, if they’re smart, Marvel won’t leave Quake pushing up the daisies for long.

As we await next week’s first Marvel Christmas special with the Guardians of the Galaxy, one of the stars of the franchise’s inaugural Halloween special is promising that they would come back to the MCU like a shot. Laura Donnelly debuted in Werewolf by Night as monster hunter and Krysten Ritter’s long-lost sister Elsa Bloodstone is now saying she’s waiting on that call from Mr. Feige. Come on, Kevin, give us that Michael Giacchino-directed Midnight Sons team-up project we all hankering for.

With Phase Five knocking at the door, fans ask: who is the greatest villain of Phase Four?

With Wakanda Forever in theaters, it’s time to reflect back on the highs and lows of Phase Four. And while the individual quality of its entries is up for debate, it’s actually been a terrific era for villains. So good in fact that no one seems able to decide who is the absolute best antagonist of the lot, with some voting for No Way Home‘s Green Goblin, others Shang-Chi‘s Wenwu, while Namor has instantly swam up to the top of the ranks for many. Still no love for Black Widow‘s Taskmaster, though. Maybe in Thunderbolts, Antonia.

Report back here tomorrow, agents of W.G.T.C., for more of the latest Marvel news around.