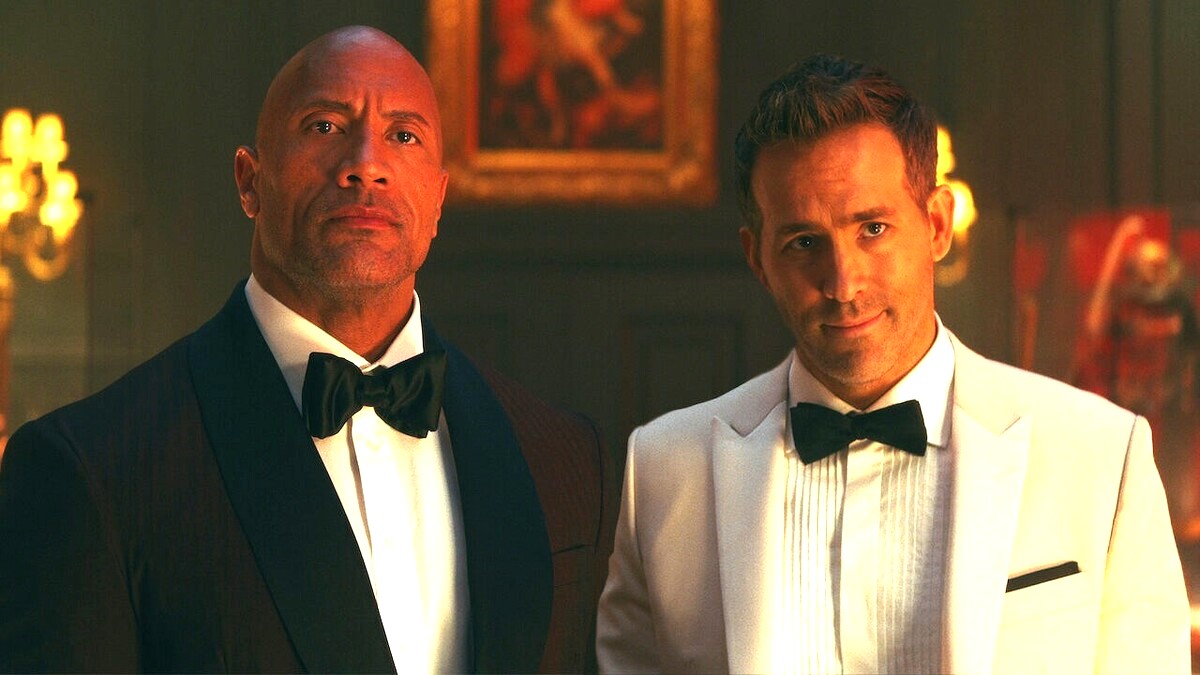 As further proof that Marvel is dominating everything in the entertainment world these days, the biggest sci-fi news of the day has a superhero flavor to it. For starters, one of last year’s most popular genre movies that we can almost guarantee you haven’t thought about since it came out may hold the key to getting Dwayne Johnson into the MCU. Meanwhile, Doctor Who is already starting to tease Marvel tie-ins of its own ahead of its Disney takeover that’s on the horizon.

With his time as DC’s Black Adam over almost as fast as it began, everyone’s expecting Dwayne Johnson to hop over to the Marvel universe ASAP. And it’s just possible that Ryan Reynolds is his ticket to Disney Land. Deadpool 3 will reunite Reynolds with both director Shawn Levy and old pal/frenemy Hugh Jackman… all of whom were involved in 2021’s Free Guy. As was The Rock himself, although you’d be forgiven for missing him. So could Johnson join the rest of Team Free Guy in Deadpool 3? Stranger things have happened…

Doctor Who is bringing an obscure Marvel Comics villain to the screen in 2023, just as it joins the Disney family

2023 could not be a bigger year for Doctor Who as its 60th anniversary will be celebrated in the most explosive fashion. Apart from anything else, the show is about to get a huge boost thanks to a lucrative Disney deal, which means that Who is now under the same wide umbrella as Star Wars and Marvel. And it just so happens that next year’s specials are bringing an obscure villain from Whoniverse history, who debuted in a Marvel-published comic, to life. A preview of bigger crossovers to come? Let’s hope.

Let’s pause the Marvel chat for a moment to spotlight perhaps the most controversial upcoming DC project — namely, The Flash, which is still set for a release in summer 2023, despite everything. We’re even already starting to see merch for the movie appearing online, thereby revealing that Michael Keaton’s resurrected Batman will be behind the wheel of one of his most iconic “wonderful toys” — as Jack Nicholson’s Joker dubbed them — from the Tim Burton films in the Ezra Miller movie.

Generally, the biggest Netflix hits tend to be on the more easily accessible side of the streamer’s original content, but now and then something surprising rises up the charts. Case in point, Alienoid is currently doing big business on the platform, presumably leaving viewers everywhere mystified. Choi Dong-hoon’s truly bizarre sci-fi epic, which takes place across different time zones, definitely isn’t made for casual viewing, but if you’re up for an inventive mess of a movie then why not give it a go?

Be back here tomorrow to ring in the new year with another round of the latest sci-fi news around.