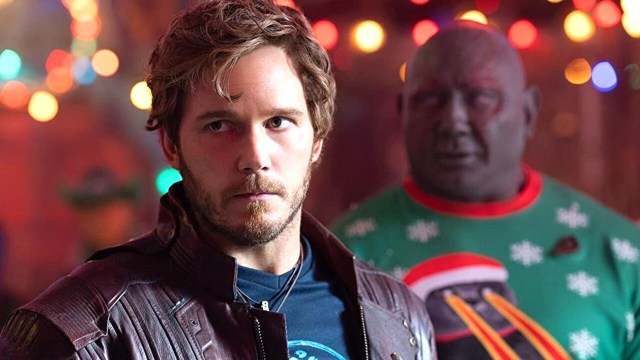 Would you believe there’s only one week to go until The Guardians of the Galaxy Holiday Special premieres on Disney Plus next Friday? Well, as high as the hype is after those positive first reactions, James Gunn has unfortunately crushed hopes today by confirming that the festive standalone won’t feature the MCU debut of an iconic cosmic character. Elsewhere, Sony is up to its old tricks again by announcing it’s expanding the Spider-Verse in more ways that fans are destined to dislike.

No, people, this legendary cosmic hero won’t be making their MCU debut next week

The Guardians‘ Holiday Special promises to be a warm, funny self-contained slice of Christmas craziness, so don’t go in expecting something super-integral to the wider MCU. Sure enough, Gunn has had to dispel a rumor that none other than Silver Surfer was due to drop by on his board to, I don’t know, help Drax and Mantis discover the true meaning of the season. But hang on in there, Norrin Radd radicals, there’s always the Fantastic Four movie.

After reaching the point of making an El Muerto movie, it seems Sony is finally realizing they actually have a Spider-Verse full of Spider-Heroes at their disposal, as the studio just confirmed a slew of spinoff series are coming to Amazon. First up is Silk: Spider-Society, starring popular comics heroine Cindy Moon. While you would expect fans to be overjoyed at this happenstance, it seems they’ve been bitten (not by radioactive bugs but by disappointment) too many times at this point to get their hopes up again.

2022 has been one heck of a year for Jenna Ortega, as her acclaimed turns in everything from Scream to the incoming Wednesday have transformed her into one of the hottest rising stars in Hollywood. Sure enough, it’s possible a trip to the MCU is on her horizon. The latest reports indicate she may be in talks to team up with Charlie Cox in Daredevil: Born Again in the role of superheroine White Tiger. Again, this isn’t confirmed as yet but fans are already getting excited over the idea.

It might not have Silver Surfer, but the Holiday Special does star Gunn’s new favorite MCU character

OK, so there’s no Silver Surfer, but there remains every reason to be as giddy as a kid on Christmas morning over the Holiday Special. While celebrating just seven days to go until it gets here, Gunn has cheekily teased that it introduces his new favorite MCU character, Kevin Bacon. Yes, the X-Men alum, whose status as one of Earth’s greatest heroes (in Peter Quill’s eyes) has long been a running joke in the Guardians franchise, is on board the special to boost everyone’s Bacon numbers. Don’t miss it Nov. 25.

Slide back here on Saturday, Spider-Verse variants, for more of the latest Marvel news.