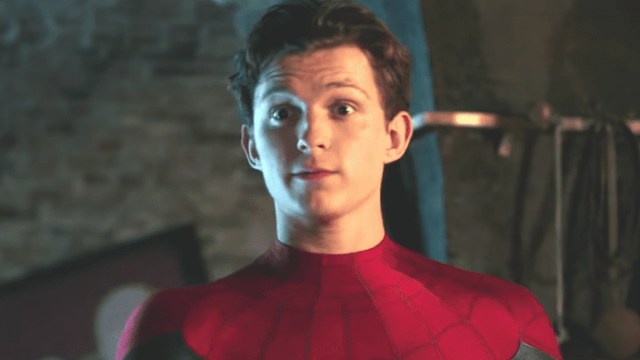 Happy Monday, Marvel maniacs! Wakanda Forever fever is currently sweeping the globe following Black Panther 2‘s box office-breaking opening weekend, and naturally ever-greedy fans are already ready to return to this corner of the MCU, and are gearing up for some spinoffs. We’ve got Ironheart to come next fall, of course, but it seems a different character is folks’ preferred pick to lead an offshoot. Elsewhere, a dream Spidey crossover has come true thanks to some fan ingenuity…

Spider-Man: Across the Spider-Verse is adding more Spidey variants to its cast all the time, but there’s still no word from Sony on whether Tom Holland could reprise his role as the MCU’s Peter Parker in the multiversal sequel. Well, until that time comes, at least we have this incredible fanmade animation, which imagines Earth-616’s webslinger crossing over into Miles Morales’ universe and teaming up with, well, pretty much ever Spidey ever. Honestly, the finished film might not be all that different.

Since when is Black Widow the worst Phase Four movie? Always has been

With the release of Wakanda Forever, there are officially no more Phase Four movies left to go, and fans have wasted no time in reflecting back on the film that kickstarted this two-year era of the MCU: ScarJo’s starring vehicle, Black Widow. Unfortunately, it seems time — well, about 16 months — hasn’t been kind to the controversy-courting spy thriller. While there are those that defend it for giving us Florence Pugh’s Yelena, others just can’t get past its flaws — like the inferior portrayal of Taskmaster.

There are so many scene-stealing characters in Black Panther 2, but the fandom seems to have agreed en masse which one they’d most want to see lead their own spinoff. It’s actually Winston Duke’s M’Baku, with the charismatic leader of the Jabari tribe beating out hot competition from the likes of Okoye and Nakia to earn audiences’ love. Well, considering the interesting place the film leaves M’Baku, you have to admit a continuation of his story would be mighty ape-pealing.

Something else Wakanda Forever does is introduce us to the next-gen hero who’ll continue Tony Stark’s legacy in the MCU: Riri Williams aka Ironheart. There were some pleasing parallels between the teen prodigy and the franchise’s founding father in the new film, but actress Dominique Thorne is keen to stress that her character is very different from Iron Man. While admitting “they’re definitely similar,” she describes the two inventors are “two independent expressions” of a matching genius for armored tech.

Tune yourselves back in on Tuesday, Ironheart hearties, for more of the latest Marvel news.