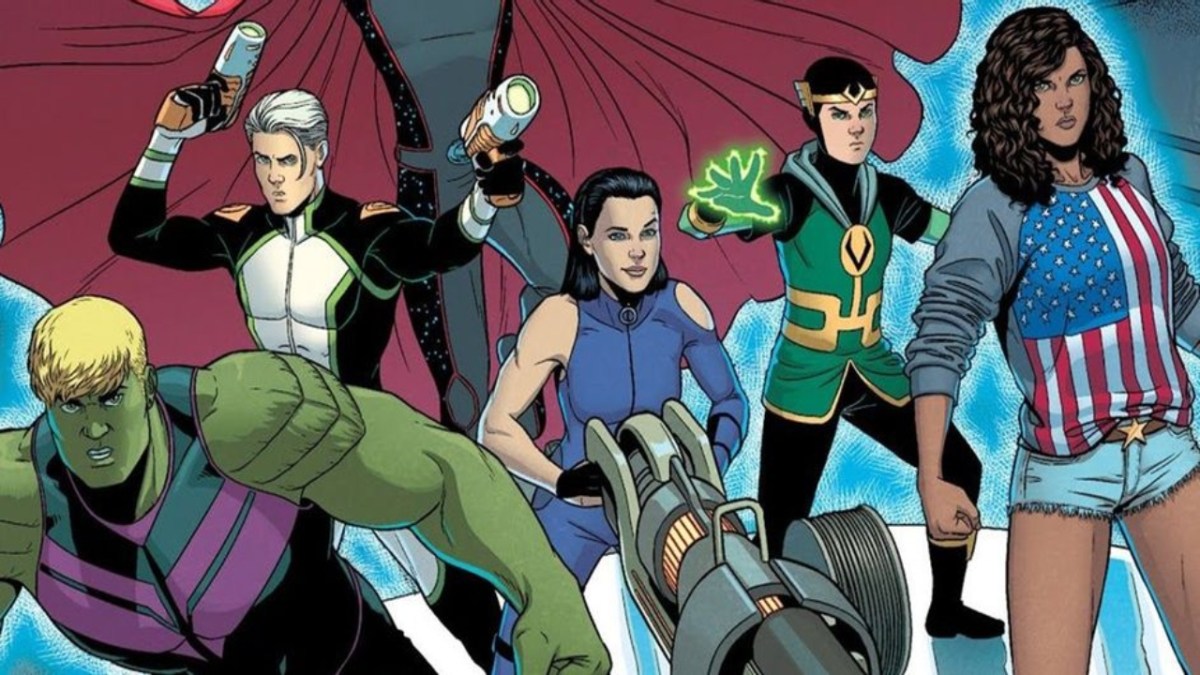 Like Whitney Houston, Kevin Feige clearly believes the children are our future, as Marvel has been stuffing the MCU full of the next generation of heroes over the course of Phase Four. And the latest bit of exciting casting news has everyone convinced that yet another Young Avenger team member has been hired. Elsewhere, Namor gets a surprising origins story while fans are ready to leave Vision in the dust as they ship Wanda with a wondrous new hero.

Yes, Heartstopper star Joe Locke has officially joined Agatha: Coven of Chaos, and although Marvel is keeping mum on his role in the Disney Plus series, everyone is convinced that he’s been cast as an aged-up Billy Maximoff, something even original Wiccan actor Julian Hilliard has indicated. This has also got fans desiring to see Locke reunite with co-star Kit Connor, who would be perfect for Billy’s comic book husband Hulkling. Of course, all this hype could be for naught if we find out Locke’s just playing, say, Nicholas Scratch.

Yes, Harrison Ford will go head-to-head with Captain America in the MCU

For those kids who loved making their Darth Vader action figure fight Spider-Man and whatnot, the news that Star Wars and Indiana Jones icon Harrison Ford was joining the MCU in Captain America: New World Order was a dream come true. Sure enough, producer Nate Moore is now promising that “sparks will fly” between Ford’s recast Thunderbolt Ross and Sam Wilson. Enough sparks to cause him to transform into Red Hulk? We’ll just have to wait and see. But, yes, it’s definitely happening.

It turns out Namor, the flying merman king, is the most relatable MCU character

In an intriguing development, it’s been confirmed that Namor’s name isn’t simply what he’s called but is an alias that derives from a surprisingly sympathetic epithet. In the MCU, Namor comes from a Spanish phrase that translates as “the boy without love.” And now the more lovelorn Marvel fans out there are collectively deciding that the Sub-Mariner has just become the most relatable person in the MCU. Tenoch Huerta’s Talocan king may look like a bad boy, but it turns out he’s just in needing of a little lovin’.

As per the rumors, Aquaman‘s Yayha Abdul-Mateen II is hopping over from the DCU to the MCU to lead Marvel’s Wonder Man TV series. And now that Simon Williams has a (hunky) face, folks are wondering if we’ve just found Scarlet Witch’s new love interest. You see, Wanda and Wonder Man had a romance in the comics, thanks to Vision’s own brain patterns being based on Simon’s. Could something similar happen on screen? Will Vision Quest follow Vision’s quest to take out his rival for Wanda’s affection? Stay tuned to find out.

Worm your way back here on Wednesday, Wanda/Wonder shippers, for more of the latest Marvel news.