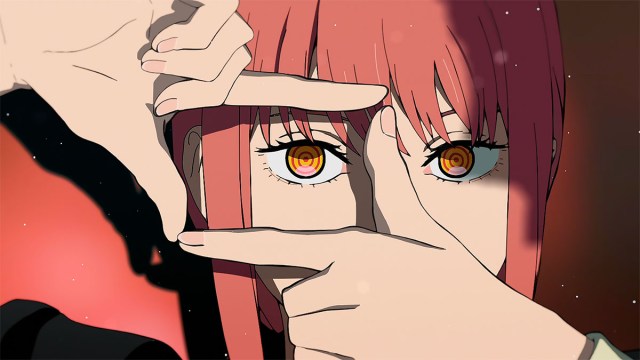 The Japanese manga series Chainsaw Man by Tatsuki Fujimoto was first released in 2018, with the first part lasting for about two years after the first chapter’s publication. In 2022, the second part began serialization, in addition to the recent release of the first animated series adaptation of Chainsaw Man on Crunchyroll. After receiving the green light for the anime series, Chainsaw Man immediately gathered legions of fans who were perpetually waiting for the show to drop. With its impressively detailed art style by MAPPA, the animation studio responsible for powerhouses Jujutsu Kaisen, Attack on Titan and Yuri on Ice, it’s no wonder fans can’t get enough.

Alongside the well-received first episode, in which we get to know Denji and his trusty “dog” Pochita, the opening theme also received quite the buzz online. Created by Shingo Yamashita, the show’s intro displays his love for cinema by referencing cinematography influences throughout the sequence. Impressing everyone who watches the opening theme, Yashamita is being praised all across social media for his barrage of references, not limiting the spirit of Chainsaw Man‘s intense yet endearing story. On that note, here are all of the movie references found in Chainsaw Man‘s opening sequence.

The intro from the opening is a reference to Quentin Tarantino’s 1993 Reservoir Dogs. Much like Chainsaw Man‘s own opening, Reservoir Dogs‘ introduction sequence shows the characters appearing side by side in their suits in a similar juggling camera shot. Coincidentally, the background sound is also eerily similar in both the movie and the anime.

In a shot nearly identical to that of The Attack of the Killer Tomatoes, Public Safety Devil Hunter’s Kishibe, Kobeni, Aki, and Arai appear surrounded by world maps and even a well-placed diagram of the Tomato Devil. This is a particularly interesting reference, as the Tomato Devil is, funnily enough, present during a reference to the 1978 satire film by John de Bello.

One of the most obvious references in the opening is that of Tarantino’s Pulp Fiction. In an uncanny side-by-side comparison, the similarities are blatantly obvious. Kishibe holding a gun at whomever’s behind the camera is an obvious allusion to the diner scene in Pulp Fiction where Jules attempts to get his BMF wallet back.

In a seemingly perfect comparison, Jacob’s Ladder is referenced in the opening of Chainsaw Man through a Devil Angel seating on the staircase. Much like Macaulay Culkin’s character who has to lead Jacob into the light, an angel is often connected to the entity that leads those who passed away into the netherworld, making it the perfect analogy.

The Once Upon a Time in Hollywood reference may be overlooked for its short and seemingly mundane action, where Aki and Denji are seen in a car with their backs turned while Aki is backing the car. This shot is almost an identical reference to Tarantino’s latest film featuring Brad Pitt and Leonardo DiCaprio.

In this shot in the opening sequence, Public Safety’s Devil Hunter Galgali is seen taking his shoe off in what seems to be a motel room of sorts. From the angle of the shot to the art piece behind the character, this is an obvious reference to No Country for Old Men, the thriller directed by Ethan Coen in 2007.

With perhaps a more obscure reference that only true film buffs would notice, the opening sequence references Don’t Look Up, a 1996 Japanese horror movie by Hideo Nakata. In one scene, a lady is seen with a mysterious figure behind her as she covers her mouth in fright. The anime opening shows Denji also with a figure behind him, who will be introduced as Power, but it shows the young man also covering his face.

With another reference to a Japanese horror classic, Chainsaw Man also referenced the 2016 Kōji Shiraishi film. In both shots, there are two characters fighting on top of a well. In the animated opening, Denji is seen as a chainsaw man attacking Katana man as someone is seen jumping into the well.

With a bolt of nearly identical lightning, the shot where Himeno is handing Aki an object clearly references the 2005 supernatural horror. Similarly to the shot in Francis Lawrence’s Constantine, the Chainsaw Man instance is atop a roof at nighttime, with city lights underneath the two characters, much like its original reference.

This unforgettable scene from The Big Lebowski is obviously referenced in the Chainsaw Man opening, specifically, in a part where Denji and his friends are playing at a bowling alley. In the iconic scene from the 1998 comedy directed by Ethan and Joel Coen, Jesus is seen cleaning his bowling ball in a very unique and borderline inappropriate manner, which is imitated by Denji, who is cleaning the ball in that exact same way.

Although it is just a golden sculpture, any Fight Club fan could easily pick up this reference from miles away. Near the end of the opening, the golden ball is used by several characters while in a fighting sequence. This becomes a particularly interesting reference, given that the sculpture is also used in a revenge assignment in director David Fincher’s 1999 cult classic, sending the golden ball rolling into a coffee bar.

The last movie reference was right at the start of the opening sequence when a young, weakened, and famished Denji is seen holding Pochita in his arms in the middle of a graveyard. This reference sticks out right away, as both openings of the anime and the horror film The Texas Chainsaw massacre start off with two characters holding something at a graveyard.

Although there are plenty of cinematography references throughout the opening sequence, there are others that homage to different mediums, including a reference to mangas Neon Genesis Evangelion and Goodbye Eri. For movie fans, these references definitely stuck out like a sore thumb.