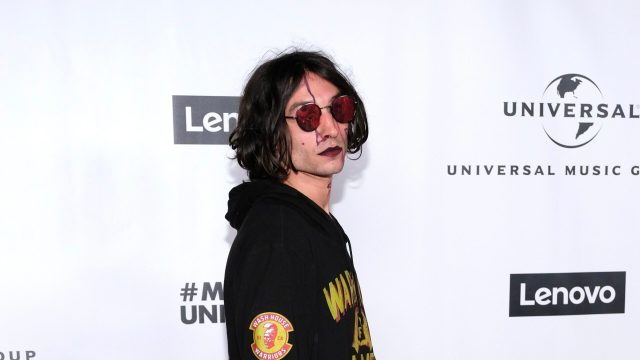 Intended to be a star of the DC Extended Universe, Ezra Miller’s public perception has drastically changed since 2020. The ever-expanding list of shocking accusations, including disorderly conduct, harassment, violent conduct, grooming, and burglary, has been cause for alarm.

It’s a lot to take stock of, so here’s a simplified summary of every accusation against The Flash star.

Every Ezra Miller controversy, to date.

While filming The Perks of Being a Wallflower in June 2011, Miller was found to have been in possession of 20 grams of marijuana by an officer in Pittsburgh. Although the drug possession charges were dropped, Miller still faced two charges of disorderly conduct.

A video was posted onto Twitter of a person (later identified to be Miller) choking a woman in a Reykjavik, Iceland, bar. In the video, Miller was seen choking the woman and throwing her to the ground. The victim later spoke about the incident, telling Variety, “I think it’s just fun and games — but then it wasn’t.”

A bartender who had witnessed the altercation claimed Miller had confronted another patron earlier that same night. “There was always something with Ezra,” he told the publication.

Miller was arrested in March 2022 after a physical altercation with two patrons at a karaoke bar in the island state. Police reported the actor became agitated when they began singing and lunged at a 32 year-old man. Miller claimed he did it because he films himself getting assaulted “for NFT crypto art.”

Vulture reported Miller was the reason for ten calls to police during the period of March 7 through to March 31.

While staying with friends in Hilo, the actor is alleged to have threatened to steal and burn their possessions, including passports and licenses. The couple later filed a temporary restraining order against Miller, which was granted by a judge in April.

Later that month, Miller was arrested for throwing a chair that struck a woman on the head when they were asked to leave a private residence. The Flash star was released from custody three hours after the arrest.

Miller has had a very confusing relationship with Indigenous activist Tokata Iron Eyes, which began in 2016 when she was just 12 years old and Miller was 23. Iron Eyes had flown out to meet Miller on the set of films, and she reportedly dropped out of school, which her parents claim was due to the star’s influence. Iron Eyes’ parents told a court that Miller had caused bruises on Tokata’s body and had manipulated their child into believing she was transgender.

Tokata’s parents have remained unable to officially serve Miller with their court summons because police have been unable to locate the actor. Miller had even mocked the authorities’ attempts to find him in deleted Instagram posts. The pair have travelled across America together, and Tokata appeared to be with him in Hawaii.

Miller was charged for burglary in Vermont after allegedly breaking into a house and stealing several bottles of alcohol. Miller is due in court on Sept. 26 for arraignment. Now that the Iron Eyes family knows where the embattled actor will be next month, they can have the court orders served, which feels like another twist could yet be in the tale.

Harassing a mother and child (June 2022)

Now in Massachusetts, Miller again found himself in another bizarre public outburst. The actor is alleged to have knocked on the door of a family’s home wearing a bulletproof vest and brandishing a gun at a 12 year-old. The boy’s mother claimed Miller had been acting inappropriately with her son. She accused him of “uncomfortably” touching the boy’s hips, and she contends they told her that the boy was a “mystical being” who “would be lucky to have Ezra to guide and protect them.” A restraining order was then issued against Miller.

Reports came in from Rolling Stone that Miller had been hosting a mother and her three young children on a 96-acre Vermont farm. Allegedly littered with guns, bullets, and marijuana, the actor is not one of the state’s officially sanctioned weed cultivators. Miller reportedly paid for the mother and children’s flight from Hawaii before homing them on the Vermont property. While the children’s father is concerned for their welfare, their mother has spoken glowingly of Miller.

“[Ezra’s] home ranch has been a healing haven for us. They may have firearms for self-defense purposes, and they are stored in a part of the house that the children never go in. My kids are able to relax more into their healing because of the safety and nurturing Ezra has been providing for them.”

Reportedly, both the Vermont Department for Children and Families as well as local police have assessed the situation and conducted wellness checks, and neither department found anything amiss.

What does this mean for ‘The Flash’ and Hollywood?

Miller’s erratic behavior and the series of troubling allegations raises questions not just for the actor’s Hollywood future, but it also casts doubt on the highly anticipated The Flash. Despite the star’s recent legal troubles, Warner Bros. Discovery axed Batgirl while The Flash was given a release date. However, reports suggest WBD is preparing contingency plans, including recasting Miller or cancelling the $200 million film altogether.

Hollywood is still struggling through horrendous accusations of sexual abuse from the #MeToo movement, and social media is reeling from the very public defamation trial between Johnny Depp and Amber Heard. Should WBD release The Flash and allow Miller to do any press, it would be a landmark not only in failing public relations but also in alienating the audience. Many fans are so appalled with the actor’s alleged behavior that they are considering boycotting the film. There is also growing online support to cast a new Flash, with fans suggesting anyone from Grant Gustin to Elliot Page to take up the Scarlet Speedster’s helmet.

On Aug. 16, Miller responded to the several of the allegations that they’ve faced, with them issuing a public apology for their time of “intense crisis”, and them realizing they are suffering “complex mental health issues”, and begun treatment for them. Where this leads them now is uncertain, but an apology is a solid start.