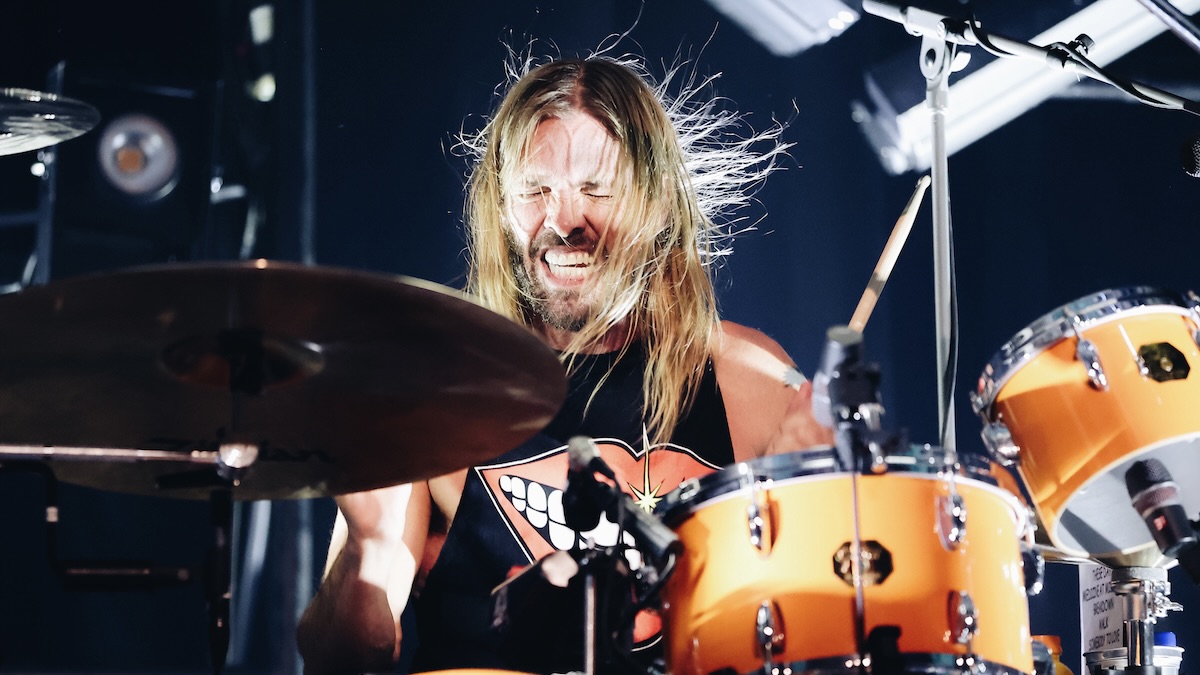 While 2022 saw its fair share of musical highs and new artists making their breakthroughs, it also felt many losses. Regardless of genre, music lost several of its most revered icons this year. Legends of rock, pop, rap, and country all left us this year, leaving their fans to mourn their loss and celebrate the joy that their music has provided them.

From country queens to rap gods here are a few of the greatest artists that passed away this year.

McVie was, in many ways, the quiet but powerful heart of Fleetwood Mac. Although she may not have spent as much time in the spotlight as some of her bandmates, she wrote some of their more enduring hits, including “Don’t Stop”, “Everywhere” and “Little Lies.” During the recording of the band’s multi-platinum smash Rumors, McVie, recently separated from bassist John McVie, wrote the top ten hit “You Make Loving Fun.”

The operatic rock singer aka Marvin Lee Aday, best known for the Bat Out of Hell trilogy — Bat Out of Hell (1977), Bat Out of Hell II: Back into Hell (1993), and Bat Out of Hell III: The Monster Is Loose (2006) — was born in Dallas and attributed his stage name to childhood teasing. His over-the-top vocals on the Bat albums made him one of the best-selling musicians of all time, selling 100s of millions of copies.

After a career on broadway and TV, Cara achieved household fame after starring in Alan Parker’s 1980 movie Fame. Cara not only played aspiring actor/singer and High School of Performing Arts student Coco Hernandez, but she also sang the movie’s iconic theme song and its breakout soundtrack hit “Out Here on My Own.” Cara also scored a movie theme soundtrack hit with “Flashdance… What a Feeling” from the hit Flashdance soundtrack.

In one of the year’s most heartbreaking music tragedies, Migos rapper Takeoff was killed in a shooting incident outside a private party held at a Houston, Texas bowling alley. Takeoff aka Kirsnick Khari Ball was often described as the lowest-key member of the trap music trio which was comprised of himself and his uncle Quavo and his cousin Offset. He released his solo debut, “The Last Rocket,” in 2018 shortly after the band’s star began to rise.

Coming into the spotlight following his brother Nick’s own rise to fame as a member of the Backstreet Boys, Carter shot to child idol status at the young age of nine after releasing his first solo album in 1997. His follow-up album Aaron’s Party (Come Get It), went triple platinum and Carter became the dream boyfriend for a generation of tweens. The rise to fame contributed to Carter’s substance abuse issues and several arrests. In 2019 he had been diagnosed with schizophrenia and bipolar disorder according to Men’s Health.

As the deadpan frontman of the highly influential British new-wave ska act The Specials, Hall helped write and record a string of UK hits from the late 70s to the early 80s including “Gangsters” and the classic Two Tone track “Ghost Town”. After leaving the group, Hall formed Fun Boy Three with his fellow es-Specials Neville Staple and Lynval Golding. He penned the group’s single “Our lips Are Sealed” following a whirlwind romance with Go-Gos guitarist Jane Weidlin. The Go-Gos would later chart with their own version in the States. Hall went on to front The Colourfield, Terry, Blair & Anouchka, and Vegas, before reforming The Specials in 2008.

Lewis, also known by his nickname “The Killer”, was one of the most controversial figures of rock and roll’s first decade. He scored a string of hits, all accompanied by his frenetic pounding style as a piano player, including “Whole Lotta Shakin” and “Great Balls of Fire,” both released in 1957. However, his career nearly ground to a halt when he wed his thirteen-year-old second cousin Myra Gale Brown in the same year. Lewis would reinvent himself as a country singer and scored several more hits over the next few decades, all while continuously touring until his health declined in 2019.

Darren Eric Henley aka D.H. Peligro was the drummer for the legendary San Francisco punk act The Dead Kennedys for most of their existence. He made his debut on 1981’s In God We Trust, Inc EP and continued to drum for the band for the next eight years until their break up. Peligro also played on the Red Hot Chili Peppers’ 1989 Mother’s Milk as well as fronting his own eponymous solo band. He continued his duties as DK’s drummer after they regrouped sans original frontman Jello Biafra in 2001. According to a post made by the Dead Kennedys, he died from head trauma resulting from a fall at his home.

Olivia Newton-John became an indelible part of pop culture after starring in the hit 1970s musical Grease. The English and Australian singer already had a following in her native countries but her electrifying appearance as Sandra Dee in the film not only got her on the US charts with such songs as “Hopelessly Devoted to You”, but helped launch her more adult recording career. Newton-John would go on to become a music video star with such hits as “Physical” in the 1980s. Her family announced that she had died of breast cancer following many years of fighting the disease.

As the front woman of the Ronettes, Spector scored 60s pop gold with the unforgettable hit “Be My Baby,” produced by legendary producer and husband Phil. Behind the scenes though, her marriage to the eccentric and often violent producer was a nightmare of abuse. She managed to escape the marriage with little more than the clothing on her back. She managed to relaunch her career and even scored another hit, pairing up with Eddie Money on his hit “Take Me Home Tonight” which featured a reprise of “Be My Baby.”

Lanegan’s original band, The Screaming Trees, may not have achieved the fame of fellow Seattle Grunge acts like Nirvana or Pearl Jam but among the scene, they were considered just as, if not more influential. After the Trees broke up in 2000, Lanegan would go on to perform with Queens of the Stone Age and, along with Afghan Wig member Greg Dulli, The Gutter Twins. Lanegan released 10 solo albums over the course of his career. He was also an accomplished memoirist, penning two books, Sing Backwards and Weep and Devil in a Coma.

The unexpected death of Foo Fighters drummer Taylor Hawkins broke the hearts of the music community across barriers of genre and category. Hawkins was almost universally beloved by his colleagues, including his bandmates, and the almost impossible to catalog amount of musicians he had collaborated with during his life. A dual set of memorial concerts, one in London and the other in LA, held only days apart, summoned musical royalty, including members of Queen, Rush, Mötley Crue, Metallica, Miley Cyrus, and Paul McCartney, all of whom rushed in to play alongside the Foos to bid farewell to a drummer considered to be one of the most liked men in rock and roll.

As the mother in country music’s most illustrious and successful mother/daughter duos, Naomi, alongside daughter Wynonna, scored a series of hits, eventually winning five Grammy Awards and nine Country Music Association awards. She would go on to become a talk show host and self-help author following the pair’s break up in 1991. The two reunited several times afterward. Both were inducted into the Country Music Hall of Fame in 2021.

Greek national Evangelos Odysseas Papathanassiou, known by his stage name, Vangelis, was a pioneer in both progressive rock and electronic music. He became even more famous on the strength of his 80s film soundtracks which included the award-winning score for Chariots of Fire as well as Ridley Scott’s cyberpunk sci-fi film Blade Runner. Vangelis was actively composing until his death, working with NASA and the European Space Agency on musical projects including Mythodea (1993), Rosetta (2016), and Juno to Jupiter (2021).

Andy Fletcher, known familiarly to his friends and bandmates as “Fletch,” was in many ways the glue that kept Depeche Mode together over the years. Although Fletcher didn’t contribute hit singles in the manner of fellow members Dave Gahan or Martin Gore, his keyboard playing was often integral and his assumption of the band’s management duties proved to be the less-than-glamorous work that helped keep the band together for more than four decades.

While Coolio’s single “Fantastic Voyage” reached No. 3 on the Billboard charts in 1994, it was his next hit that sent his career into the stratosphere. “Gangsta’s Paradise,” from the album of the same name, reached No. 1 and earned the rapper a Best Solo Rap Performance Grammy in 1996. It was listed at number 85 on Billboard‘s Greatest Songs of All Time. The song was featured on the soundtrack of the Michelle Pfeiffer vehicle Dangerous Minds directed by Antoine Fuqua and Pfeifer appeared in the song’s video, also directed by Fuqua.  The collaboration was a smash success for the rapper. Coolio would go on to act in several roles and wrote the theme song for the hit Nickelodeon show Kenan and Kel.

It’s almost impossible to overestimate Loretta Lynn‘s influence on American country music. She helped pave the way for a generation of women performers that followed in her footsteps and continued to open doors throughout her career. Lynn’s music often painted a much different picture of the lives of wives and mothers than was the stereotype when she first began recording. Lynn scored hits in every decade and her hits “You Ain’t Woman Enough (To Take My Man),” “Fist City” and “Don’t Come Home A-Drinkin’ (With Lovin’ on Your Mind),” are now standards of the genre. Lynn was named the first woman CMA entertainer of the year fifty years ago in 1972.